After many months we are still dealing with the influence of Saturn and Jupiter in the sign of Capricorn, hence the restrictions that have been imposed on us are still in operation.

Both Saturn and Jupiter are now placed in the Nakshatra of Shravana, the Star of Learning. They have been in this placement for most of last month too, so the qualities of Shravana such as: the power to connect to others, traveling to attend lectures, and listening to knowledge in general are under restrictive aspect of Saturn. Thus, we have seen a step up in fact checkers and censorship, particularly on the internet.

By the 5th of March (very soon) Jupiter moves to the next Nakshatra of Dhanishta which deals with music and dance, fame and abundance. Jupiter will do it’s best to promote these qualities, but is still heavily restricted by Saturn. It is not until the 7th of April, when Jupiter leaves Capricorn, that we may see a little more freedom in these matters. Dhanishta is a Mars ruled Nakshatra, it will activate the planet Mars. So now we look at the rather dodgy transit of this fiery planet for this month.

Mars is approaching Rahu, the North node of the Moon. According to Vedic Astrology these two are in conjunction all of this month, but this conjunction will be exact around the 27th/28th of March, in the sign of Taurus, while aspected by Jupiter, the planet that likes to make things Big! Of course the Mars/Rahu conjunction is already a big deal in itself. Fiery, explosive, angry and unpredictable. Any issues that have been building up for the last year or so are now finding an outlet. It is said that a Rahu/Mars conjunction destroys the house it is placed in. Taurus deals with security, possessions and comfort (and money). Unfortunately, we may see upheaval in this area of life. For each individual we must check what Taurus represents in our chart. To fine tune this influence we look at the Nakshatra of Rohini, where this conjunction takes place, which denotes materialism, civilization, fertility (of the land), seduction and desire. Okay, what predictions can we make with this transit? First of all: those of us are liable to seduction have to be aware of this impulsive and desire driven conjunction. We may act in haste in response to the illusions of Maya. On the world stage we may see sudden changes in the monetary system and perhaps in agriculture or land use. It is well worth to examine our material security and make plans, take steps, to protect ourselves and our families. 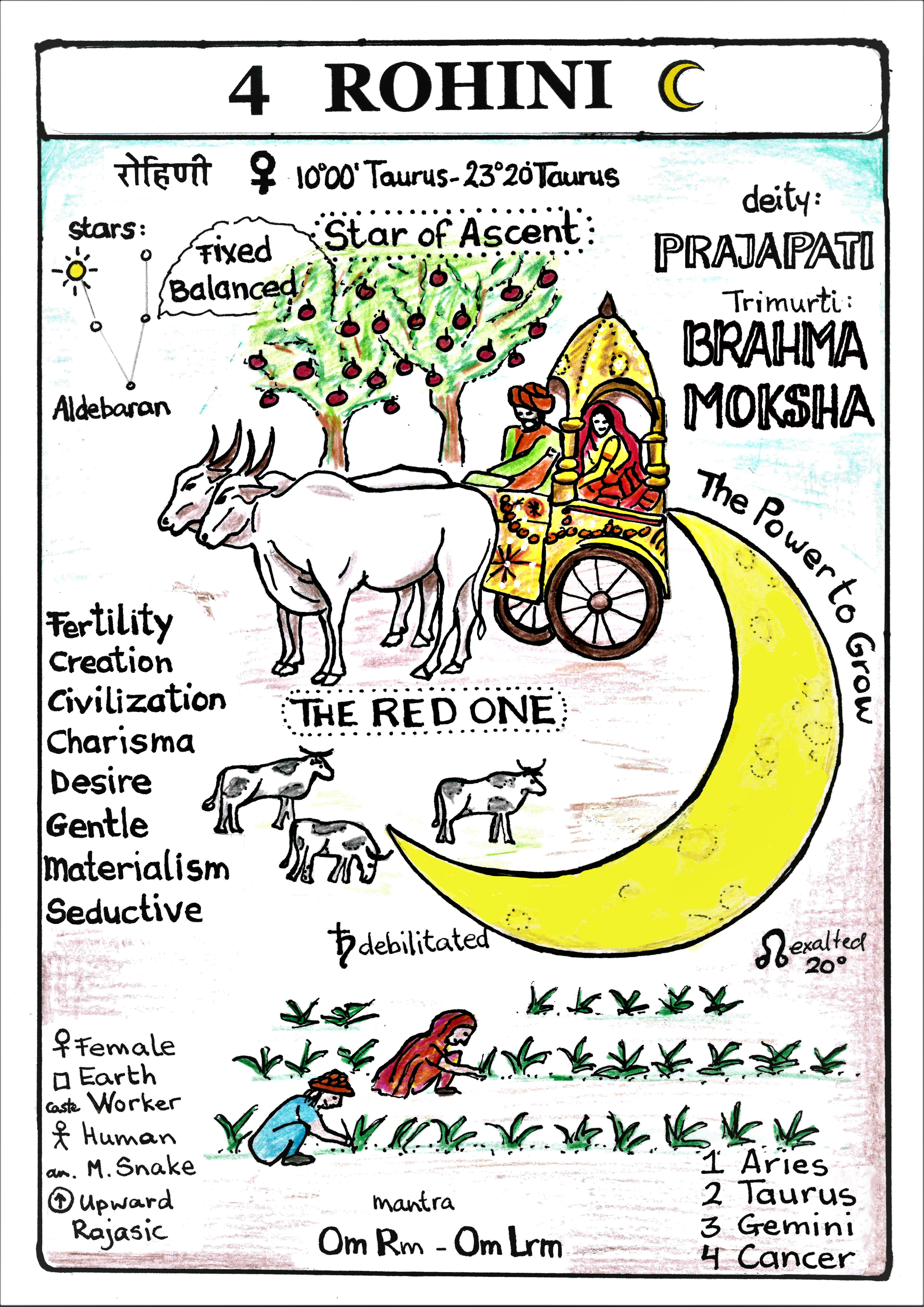 Venus, the ruler of Taurus is traveling through Pisces, the sign of its exaltation, at the time of this conjunction, so perhaps the changes that may come about will be with universal love, or in this case, universal distribution of wealth in mind. However, Venus is combust by the Sun, the graha of authority, bosses and governments, so any change is likely to be driven by the powers that be. In any case, hold on to your own perception and ideals of universal love and abundance. With Venus and the Sun in the Nakshatra of Uttarabhadrapada, we can delve into our “Peaceful Warrior” mode, we can feel true empathy and make personal sacrifices that benefit the whole. 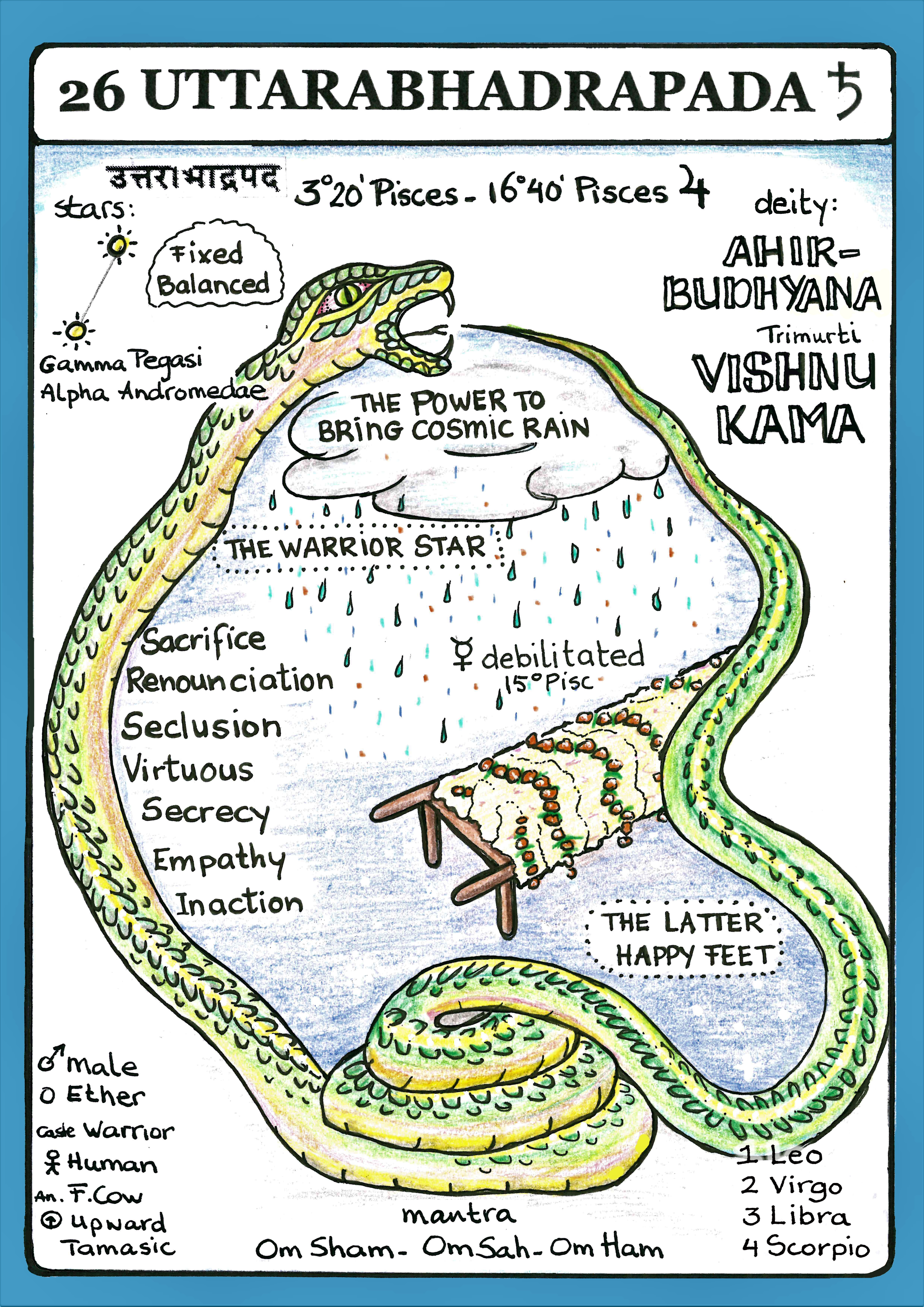 The New Moon takes place on the 13th in the sign of Aquarius in the Nakshatra of Poorvabhadrapada (the burning or scorching star). This sets the scene for a desire for transformation in a rather violent, passionate, idealistic and visionary way. It is a “two faced” Nakshatra, so all may not be as it seems, there is room for deceit and greed behind the scenes.

By the end of the month, on the 28th the Full Moon in Hasta Nakshatra (in Virgo) takes place during the fiery Rahu/Mars conjunction. This will give an extra oomph to whatever Rahu/Mars will bring about, in the sense that we will feel it emotionally and act instinctively upon the situation. Hasta give the power of manifestation. Its symbol is a hand, either with open palm to receive gifts and manifestations, or a closed fist to punch an opponent with. Hasta give skills with the hands, from detailed craftwork to massage and healing skills. Co-operation is an other keyword for Hasta Nakshatra. As Rohini, where the Mars/Rahu meeting takes place is ruled by the Moon, I think this Full Moon will be exceedingly powerful and perhaps life changing. We may see the people coming together (co-operating) to “grab” what they want. I will not be surprised to see some (organised) looting going on. The rising Sun and Gayatri Mantra are associated with Hasta. As a personal remedy to the chaos it is recommended recite the Gayatri Mantra at Sunrise, particularly on the full Moon day, together with a prayer for whatever you need, as Hasta has the power to manifest what you want.

Don’t forget to laugh a lot. Hasta is a comedian and a joker.

March may prove to be a month to remember!

Best Wishes and Greetings from Ireland.