Who is the boss?

The Solar Eclipse of December 14th

Planetary movement during the month of December will set the scene for the future.

A total solar eclipse, as will take place on the 14th this month, is always seen as an unpleasant event. The Sun represents authority figures, leaders and governments, so a solar eclipse will always leave a mark on the world.

In the sign of Scorpio we will have to deal with Scorpio themes such as: secrets, scandals, fear and death. When the light goes out the skeletons in the closet will become visible. These revelations can affect some of us personally, but they will certainly throw a spanner in the works for political leaders and governments.

If we fine tune the placement of the solar eclipse, we find it will take place in the Nakshatra of Jyestha, the Chief Star.

So don’t be surprised when sudden events will “explode” on the world stage during the next few months.

The Sun, Moon, Ketu and Mercury will all be in this Nakshatra at the time of the eclipse.

Jyestha Nakshatra is the domain of Indra, the King of the Gods of the Rig Veda, thus the theme of supreme leadership is highlighted once again. 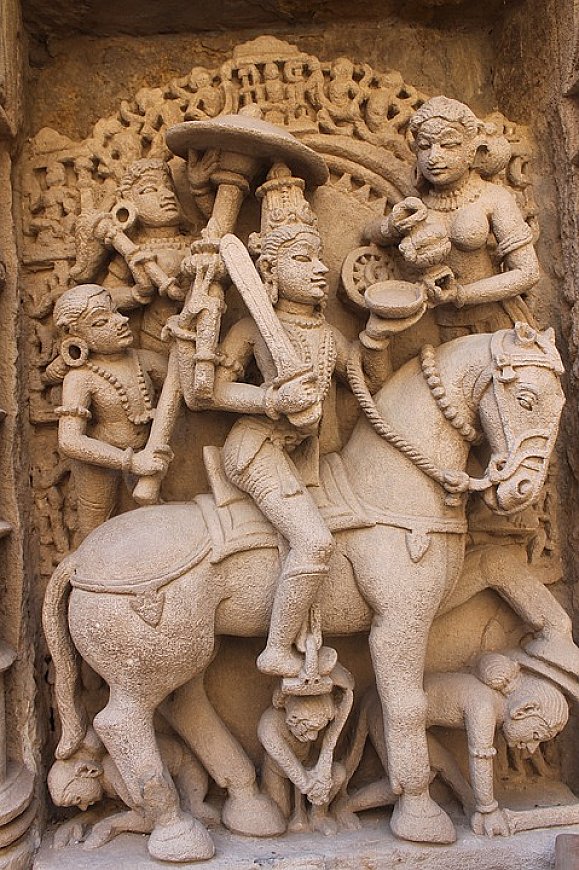 When we investigate Indra, we find he is a great and courageous warrior, the God of battle, the God of thunder and rain and all uncontrollable forces of nature. Hence, we may assume that courageous battles for supremacy will take place due to the energy of this Solar eclipse. Keywords such as arrogant and proud, might and power pertain to Indra. The greatest of the Gods and bitter contests for empire are other concepts we find associated with this Deity.

These themes are going to play out as long as the energy of the eclipse is in operation. Indra is also known to be quite paranoid. In the contexts of being afraid to lose his position of supreme authority, he will use all kinds of sly means and even magic to protect himself. Often his most fervent followers abandon him.

Now, how are we going to deal in the best way with all these goings on personally?

First of all: it is of utmost importance to take our authority and courage back. Know with absolute certainty that you are the boss over your own body, soul, actions and thought processes. Feel this with certainty and take courage in this respect.

Secondly: protect yourself by all means. One of the ancient symbols associated with Jyestha is a Magic Amulet, so don’t be shy to get your crystals out, wear your protective charms, work your spells, prayers and devotions for protection.

Furthermore: let go of fear and paranoia. Go beyond these feelings to access courage and be ready to stand your ground. Be clever.

Another Jyestha theme is: protection of the underdog, so helping the less well off and standing up for the ones that can’t protect or help themselves is also necessary if you are able to do this in any way.

Lastly: Indra was an absolute Soma addict. He cheated and stole to get as much of it as he could. Thus, we may see many people reaching for alcohol or drugs during this time. Use your discretion and be careful in this respect. Authority figures may also restrict or ban certain substances with greater force than usual.

Venus and Mercury will be caught up in the eclipse as both will be in Scorpio. Venus is the planet here that breaks the Kala Sarpa Yoga.

This planet of beauty and love, although in Scorpio, will be in the Nakshatra of Anuradha. This indicates that devotion and friendship will give us pleasure and this, friendship and devotion, may be used as an antidote to the otherwise dreadful planetary setup. She is still involved in the eclipse though, and as one of the themes of Jyestha is “abandonment by followers” we may see some of our long time friends disappear. Just make sure you are not the one doing the abandoning if you can help it.

Kala Sarpa Yoga is formed in the sky when all the planets (excluding Uranus, Neptune, Pluto) are hemmed between Rahu and Ketu. This is said to indicate to be stuck in some invisible karmic force that has to work itself out in the world. Venus is the only planet outside this karma during the eclipse, so work with this devotional energy. In Anuradha she also gives us the ability to organise groups of people for some cause, so maybe some action in that regard will help us too.

By the end of December the Kala Sarpa will be complete with Venus stuck in there as well. It will be in operation until the end of March next year when Mars will finally break this Yoga.

Another word about the planet Mars. Until the 24th this month Mars, (police, military) will be under aspect of Saturn (the one who restricts).

After that, the anger of Mars that has been frustrated for a good while could burst upon the scene in the form of more violence and demonstrations. It will free us up to take some action, it may just be that we can drive around again (Ashwini being the Star of Transport and all). But also, Mars, who enters Ashwini Nakshatra on that date, can be excellent for healing, so maybe the whole virus thing will start to lessen its grip then…

The energy unleashed by this Solar eclipse will be felt some time before the 14th of December until the next Solar eclipse on June 10th next year. In my experience the main fall out of eclipse energy will be most apparent in the first month after the eclipse date.

In any case, my best advice: Let the world fight its battles, be still and get in touch with your inner authority, practice your devotions and protect yourself and others.

*!! Be aware that the forces of nature may be more out of control than usual during this period as well !!*

The other huge event for the month of December is of course the Grand Conjunction of Saturn and Jupiter on the solstice. Apart from the Astrological significance, this conjunctions is going to be a spectacular sight in the night sky. I will write a post on this one soon.

Best Wishes and Greetings from Ireland,