Eclipses happen frequently, but this time the Sun goes dark at Solstice, during the height of its power (in the Northern Hemisphere), which makes this an extraordinary powerful eclipse.

In astrology the Sun is the indicator of our individual power, our vitality and status. It also stands for governments and everyone in a high position of authority. These areas will be highlighted during the eclipse.

Traditionally any eclipse is seen as a bad omen.

I dare say that this June 21st Solar eclipse does not bode well for those in powerful positions. And this trend is going to continue for the rest of this year and beyond.

The Full eclipse is visible in Central Africa, the Middle East, parts of Asia, particularly North India and China. These regions will be more affected than others. Where there is trouble in these areas already, it is likely to explode.

So it will be for each individual. How much we will be affected personally will depend on our birth chart and planetary dasas.

During this eclipse Mars is Square to the Sun/Moon which will bring out the most unpleasant Mars indications, like anger, violence, war and a fighting spirit.

Mars is also placed in its debilitation in the navamsh chart during the eclipse, again an indication that it will be acting in a very troublesome or inappropriate way.

Placed in the nakshatra of Poorvabhadrapada, know as the Scorching or Burning star, Mars is most likely to act in an overly passionate and violent way. It also indicates deceit, greed and transformation. Expect more of the burning and looting, while the fighting has an idealistic and visionary undertone.

(watch those regions mentioned above). Other countries in the world will also be affected, for this we will have to see the chart of each country.

Saturn, Jupiter and Pluto, who are responsible for all the recent trouble of virus and lockdown etc, are in an inharmonious aspect to the eclipse. Expect disasters and the unexpected! Dark secrets may be revealed that are likely to anger people even more.

A lot of the Mars energy will work out through Jupiter this time. Jupiter, normally the planet that will save the day with optimism, wisdom, growth and blessings, is in a debilitated position, oppressed by Saturn and at the same time we are dealing with the Jupiter/Pluto conjunction. Oh, and they are all retrograde. This eclipse will further the take-down of all Jupiter indications such as the economy, the judicial system, religious and higher educational institutions. Anything to do with rules and regulations.

Retrograde Mercury is caught up in the eclipse. It will have a lot to say, publish and communicate. News will be wild and busy.

So far I have only looked at the general set up in the sky, now let’s look at the major players in this eclipse, our luminaries: the Sun and Moon.

The Full eclipse will be on 21st June at 7.40am, my local time in Ireland. From what I can gather from astronomy websites, this eclipse will have a duration of nearly six hours from beginning to end. During that time the Moon will move from Mrigashira to Ardra nakshatra.

The Sun will follow into Ardra just a few hours after. All will take place in the (sidereal) sign of Gemini.

Mrigashira, known as the Star of Searching, has soft, mild and tender energy. It can be nervous and inconsistent. 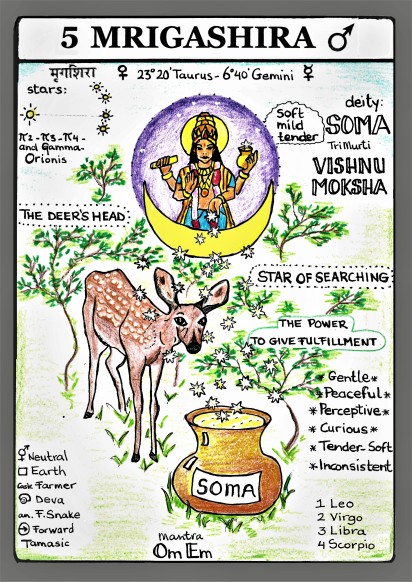 This eclipse will give us an opportunity to start searching for different ways. Since the world is in such upheaval and everything is uncertain at the moment, we will now feel we cannot rely on the status quo anymore, on the way things used to be for as long as we have known. We are forced to explore other, entirely new possibilities for just about everything. The ruling deity of Mrigashira is the God Soma. Soma is the fabled elixir of life, the drink of the Gods, which bestows vibrant health and an utmost feeling of wellbeing and enlightenment. This is what the stars of Mrigashira will encourage us to search for.

The Shakti, or super power, of Mrigashira is the “Power to give Fulfilment”. What does that even mean? Although ultimate fulfilment is a spiritual concept, a search for Moksha, lets keep it simple and on the mundane plane. This eclipse will make us start questioning where we are lacking this sense of purpose and happiness. We will be looking for a sense of meaning in our lives. What aspects of our lives are thwarting our feeling of fulfilment now? It could be our relationships, our jobs, our home, our rules and regulations, believe systems. All areas of life need to be scrutinised. The search for a better way is on. Mrigashira is ruled by the planet Mars, so the placement of this planet will play a crucial role in this eclipse. (see above)

Ardra nakshatra, the Star of Sorrow, comes into play next, as the Moon will move during the eclipse. 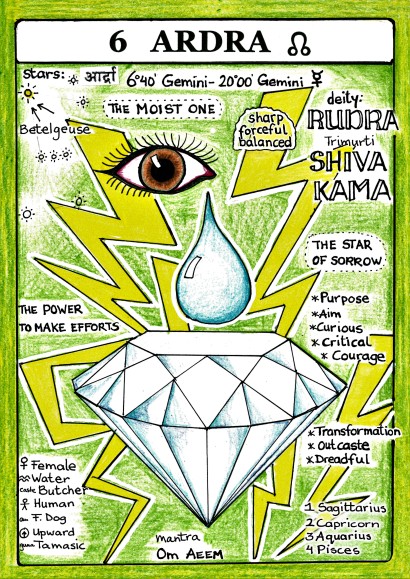 The revolutionary energy of Ardra will give us the energy to actively make the effort to transform all that stands in the way of this sense of fulfilment. Ardra is dreadful, and sharp. It is not afraid of total destruction of the old to make way for something new, but it will be wild and chaotic. The focus is on destruction more than on what comes next. This eclipse will further the revolution we are seeing taking place all over the world. It will not be pretty. We will weep many tears and feel much sorrow during the dreadful events that are unfolding before our eyes, but we know that all these events are happening for a purpose and we are willing and courageous enough to make our own efforts where we can during this revolution.

Rudra, the Wild Storm God or the Destructive Aspect of Shiva, indicates that natural disasters are very possible under the Ardra influence too. Luckily this is greatly mitigated due to the Mrigashira influence. Still, a natural disaster scenario on top of everything else can not be ruled out in the next 6 months.

The Planet Venus will be in the 12th house from the eclipse, and retrograde, thus she will be fairly useless in giving us a sense of love, comfort and pleasure. Cash may be in short supply, or expenses may outstrip income. Many of us are going to feel the pinch due to loss of jobs and wages. The best way to get a bit of Venus comfort in the next two months or so is to withdraw. Better still: Stay in bed. (seriously)

Of course the advice of the Vedic Seers is always to disengage while an eclipse is in progress.

Be Courageous and Stay Safe. 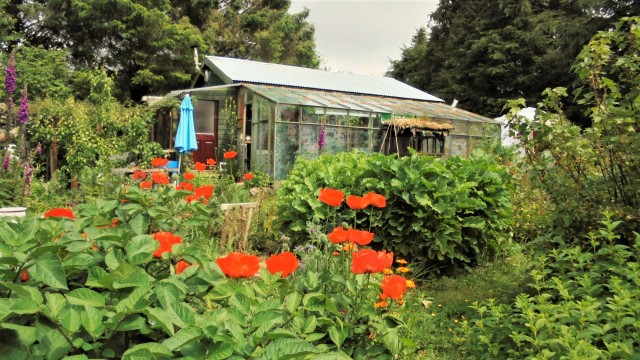